RSS
← Dads, Sons, Discipline and Adrian Peterson
When boys want us to tell them to apologize. → 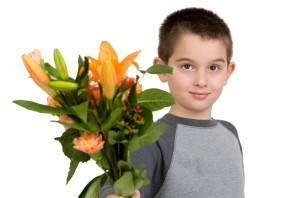 The neighbor boys were over to play: a 12-year-old and his 9-year-old nephew, an 11-year-old and his 8-year-old brother, and a 7-year-old. My boys, 7 and 5 years-old, were having a blast. While listening in on their play, I heard one friend make a boy-tragic error. It was something like: “That sword is way too short.” Without a moment’s notice, my son shot back: “That’s STUPID. It’s not a sword. It’s a KNIFE.”

I didn’t care about the sword/knife differentiation. However, I did care about the fact that my son called his neighbor stupid. While I let many of these situations work themselves out in the normal give and take of neighborhood friendships, for some reason I felt like saying something this time.

Me: “Braden, you just called your friend stupid. I’d like you to apologize.”

This much I had predicted. It was what happened next that caught my attention.

I didn’t know Tavis’ parents very well at this point. When I heard him say that, I decided I wanted to get to know them more. Kids don’t just say “you’re forgiven” if they haven’t had a little bit of instruction.

I had a talk with Tavis’ dad on the playground near our house a few weeks later. During our conversation, I brought up this story. He said, “Yeah, our family has a lot of emotion. One rule we have is that it’s always okay to apologize and forgive each other.”

As a side advantage, I think it also means that the boys in that family will hopefully be more inclined to forgive my boys when they do things that need forgiving (which my boys do all the time).

Posted by Joshua Koepp on October 16, 2014 in Contemplative Parenting, Play At Home

← Dads, Sons, Discipline and Adrian Peterson
When boys want us to tell them to apologize. →